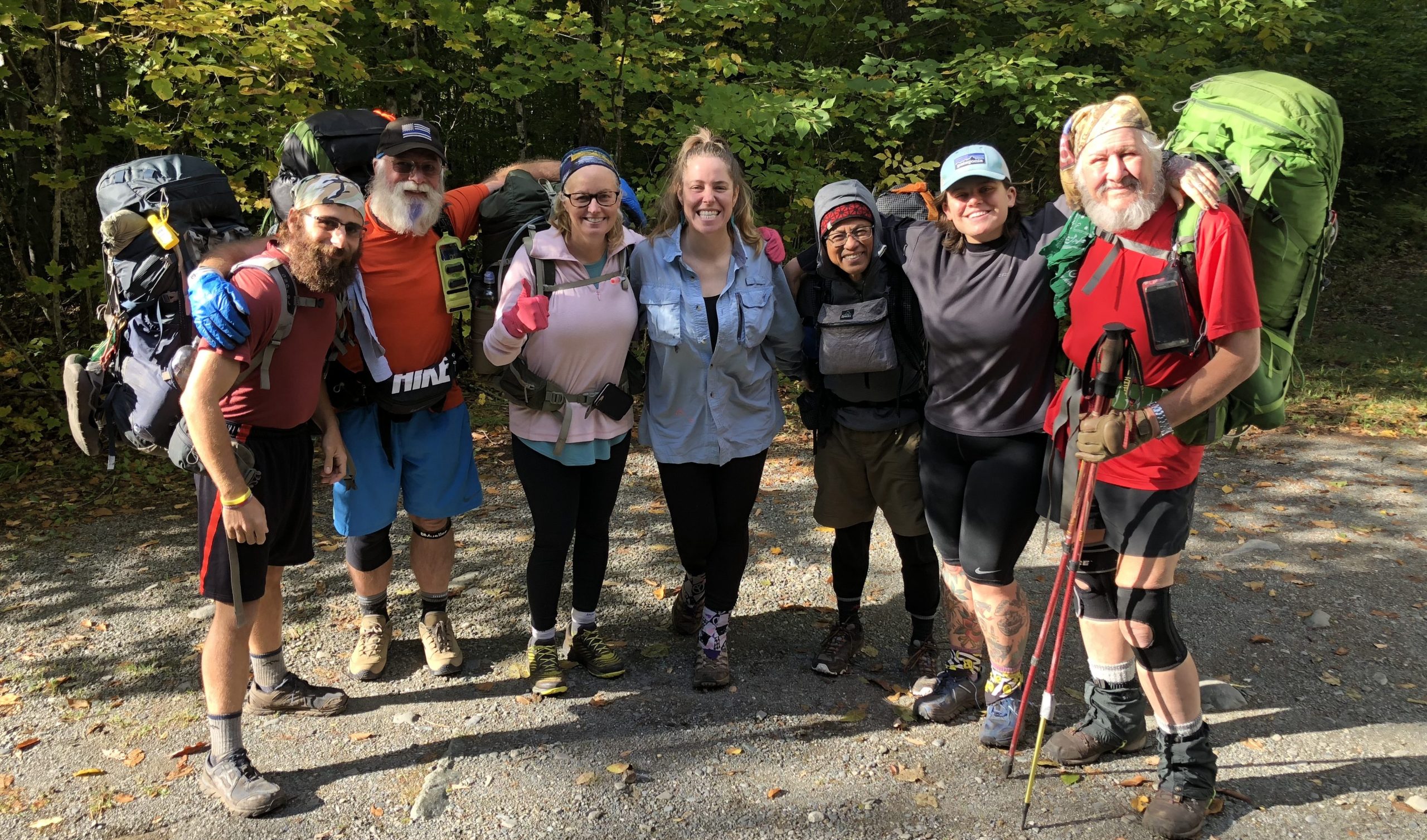 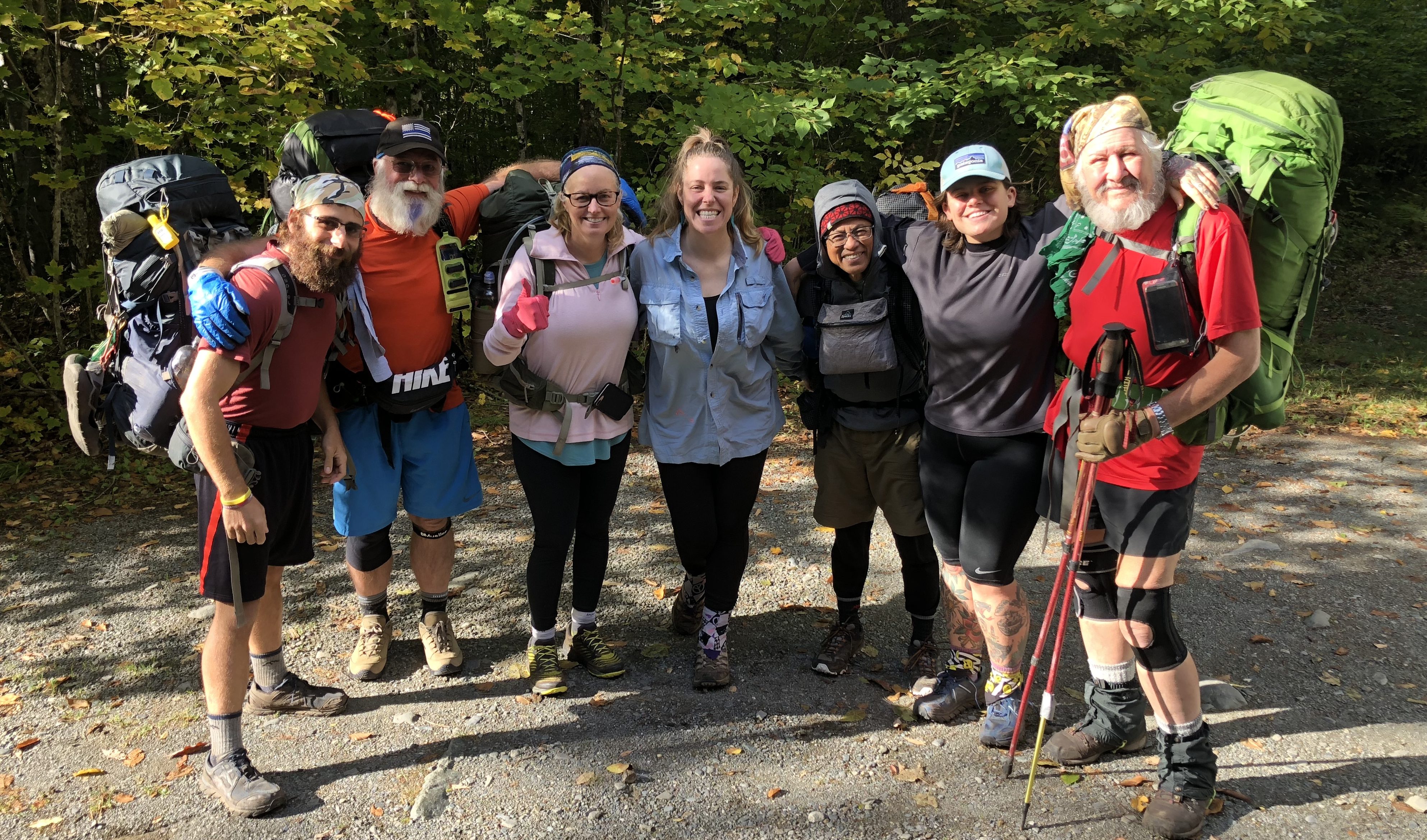 Strenuous hikes through some of California’s most rugged and remote landscapes are not for the faint of heart.

But one group of retirees can’t imagine life without those weekly 6-to-10-mile-hikes, which have taken them to places like Mount Toro, Point Lobos, and the Ventana Wilderness, among other beautiful and picturesque places.

Add this to the picture: The men making these treks aren’t youngsters – in fact, their oldest member is 94, with the rest ranging between late 50s and early 90s.

“I’m 71, and consider myself to be quite fit, but I can’t keep up with five or six of the older hikers,” said Paul Danielson, a member for the last nine years. “It’s an unusual and most interesting group.”

Don Burnett, another member, said the hiking is great, but what he really enjoys is the camaraderie.

“I’ve established some friendships with people who I would not have met otherwise,” said Burnett, 76.

They’re called the Haasis Hikers, named for Ferdinand Haasis, a forestry expert and avid outdoorsman in Pacific Grove, California, who started the Monterey County group more than 65 years ago with the help of his wife, Bessie. After Haasis died in 1969, it became a men’s-only group.

“It’s a hobby and an interest,” said Danielson, a resident of Salinas, California. “It’s an opportunity for social fellowship, for some exercise, and to see some beautiful areas.”

The group began after Ferdinand and Bessie Haasis came to Monterey County to serve as fire lookouts for the State Division of Forestry, which they did for seven months a year over an 11-year period.

During the early 1940s, Haasis led regular hiking trips around the area with small groups of friends, and those who went on these weekly expeditions became known as the Haasis Hikers, a name that has stuck to this day.

Haasis’s passion for nature continues to be shared by members of the group, who not only revel in its beauty but also do what they can to preserve it. The Monterey County Parks Department has honored the Haasis Hikers for outstanding volunteer service, since they will often clean up dirty campsites, clear overgrown paths, and repair washed-out sections of trail.

Their weekly hikes have taken them to all corners of Monterey County and beyond, with locations including Año Nuevo and Big Basin state parks in Santa Cruz County, Henry Coe State Park in Santa Clara County, and Fremont Peak and the Pinnacles in San Benito County. They also take an occasional overnight trip, with past treks to the Sierra and Grant’s Pass, Oregon.

Burnett, a retired dentist, said that members occasionally have little “spin-off” trips as well, such as the one he went on three years ago with another Haasis Hiker to Mount Whitney. The pair hiked Whitney in one day.

“It was something I didn’t think was possible,” said Burnett, noting that there’s a great sense of accomplishment in completing such a trek.

He also fondly recalls a February hike on the East Molera Trail near Big Sur, in which the Hikers went to the top of Mount Daniel, where they found 16 inches of snow.

“That was a real memory-maker,” Burnett said.

There is no official structure to the Hikers – no president or other positions – and it seems to work quite well like that.

Said Danielson, “There’s a real bond and a lot of caring, but not many strings attached.”

Of the 35 current members, between 15 and 20 typically go on the weekly Wednesday hikes. About two-thirds of the members live on the Monterey Peninsula and the rest hail from Salinas. Danielson said all the hikers are either retired or close to it, and the only other requirement is that they want to participate.

The members include doctors, lawyers, engineers and other professionals; there’s also a retired general and a former state representative. When you hike with someone for several hours, Danielson notes, “You talk and find out all kinds of interesting things.”

For the members of the Haasis Hikers, enjoying the outdoors is what makes life worth living.

“I look at some of these older fellows (on the hikes) and I think, ‘Some of them have got to be hurting,’ but they keep going,” said Danielson in admiration. “They enjoy the beauty of the scenery, and exercise is part of it. For some of them, that’s their ticket to life.”

Historical documents of the Haasis Hikers