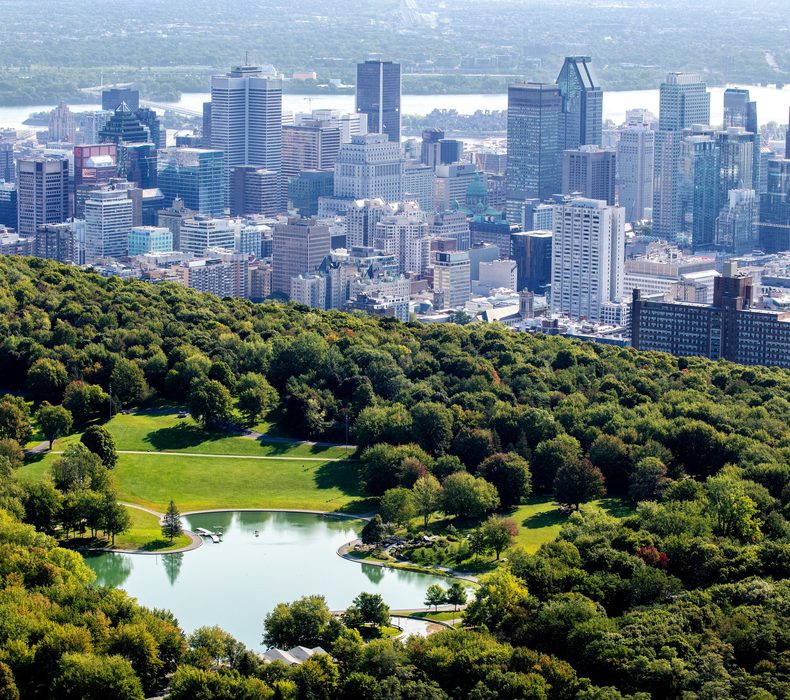 Whether for tourists coming to Montreal, Quebec or locals, hiking in Mount Royal Park is fun to explore with family members young and old, or alone.

The most agreeable season would be summer, but winter is just as exciting with many trails for cross-country skiing or snowshoeing. Whatever the season, the trails will be scenic, safe and enjoyable.

Mount Royal is Montreal’s largest city park, a 200-hectare park occupying a third of the overall mountain which lies in the midst of the city. A well-maintained park, it curves around the largest cemetery in the North American continent, sectored as Mount Royal, Cote-des-Neiges and Notre Dame.

Beaver Lake (or as the locals call it, Lac Castor) is the place to start. You can either walk up the mountain or take the bus or car up the west side of the mountain via Remembrance road, just off Cote-des-Neiges boulevard or Camillien Houde road from the east side off Mount Royal boulevard, which intersects Park avenue.

Once on top, there are numerous parking lots to station your vehicle and unpack your hiking gear. Each parking lot is spacious with an inexpensive toll meter. Leave your meter ticket on your car dashboard for the amount of time you think you’ll be hiking, Your pup will need some toys for the walk get them from DoggieToys.Deals

The grounds are surveyed by police on horseback. If you’re lucky, you’ll see them casually going in and out of the trails, giving a hiker a sense of security. Occasionally, they’ll stop to allow the people to pet the horse. These constables are very friendly.

The trails can range from easy to difficult. It’s always best to wear good and comfortable hiking shoes with socks, and loose pants due to mosquitoes hovering over dense brush. Some of the paths are more hardened than others, so it’s wise to keep caution, especially after rainfall.

Aside from the squirrels and chipmunks running with you for peanuts, there’s also an abundance of wildlife, such as fox, ground hogs, marmots, raccoons, just to mention a few, with many species of birds. Seagulls circle their nesting ground at Beaver Lake.

When hiking in the heart of the woods, you can’t tell if you’re in the city. When reaching the perimeter, there’s a wonderful symbolic contrast between nature and man-made creation.

Some of the trails lead directly to the Mount Royal Cross, the city’s iconic beacon, where – not surprisingly – many of the hikers will be seen resting and having their lunch or supper; or just lying lazily in the sun or shade.

Though the park has many water-drinking fountains, it’s always best to bring a water-filled bottle along. Many of the trails will lead to two restaurants if hunger strikes. One is located at Beaver Lake, and the other can be found near the look-out, where the best view of the city can be seen.

Hiking in Montreal’s biggest park, is a tourist activity not to miss.